In AVA CLINIC we use the most modern methods of assisted reproduction. Qualifications of our embryologists, laboratory that is equipped according to the latest European quality standards, more than 20 years of experience, - all of these factors allow us to achieve the high success rate of the infertility treatment.

IVF – a traditional method of assisted reproduction in the laboratory. Partner’s or donor’s sperm is placed in a container together with an ovum, and at least one of the spermatozoids must be capable of fertilizing it. Resulting embryo is transferred to the uterine cavity. This method is used when quality of the sperm is close to normal. To improve the effectiveness of the treatment it is advisable to carry out a functional test prior to the treatment. It will determine the ability of the spermatozoids to fertilize the egg without assistance.

With this microfertilization method a spermatozoid is inserted in every mature ovum thus enabling the usage of the partner’s sperm. If the man’s semen does not contain spermatozoids, they are extracted directly from testicular tissue using Testicular sperm aspiration procedure (TESA). This technology has given opportunity for many men to become a father of their own child.

A micro insemination method where spermatozoids are injected directly into cytoplasm of the ovum. In comparison to ICSI procedure described before, with this method ovum is treated in a more sparing environment which imitates environment of a female body.

This method is used when the female patient has a low ovarian reserve or the obtained eggs have a low quality.

This method is based on capability of mature spermatozoids to bind with (hyaluronan) present on the oocyte's surface. This method enables the embryologist to select the most viable spermatozoids thus significantly improving the chances of pregnancy, increasing the number of fertilized oocytes and good quality embryos.

Embryologists make an opening in the coating of the embryo, which encourages implantation and increases the chance of a pregnancy.

Usually this technology is used when working with defrosted embryos.

Cultivation of embryos to the blastocyst stage.

After the fertilization embryos are growing for two to three days. During such a short period it is impossible to distinguish the strongest. Cultivation of embryos to the blastocyst stage takes four to fiv-3e days. It allows gathering of more information about viability of the embryos and it is possible to select embryos which have a good potential for implantation.

In the blastocyst stage embryo is fully prepared to attach itself to the uterus wall, and there is a higher probability that an attachment will indeed happen.

This method is used when:
- only one embryo is chosen for the embryo transfer,
- it is a repeated treatment..

This method is used in some cases of male infertility. For example, in cases of blockage in the tubes that transport sperm, inborn lack of the tubes, or when there is complete absence of sperm cells in the ejaculate.

If spermatozoids are produced, and the cause of the problem is the blocked pathways, material for the fertilization can be obtained by collecting sperm from the testicular tissue - TESA.

A sample is aspired out by passing a tiny needle into the testicle. The procedure is performed under local anesthesia. Part of the spermatozoids can be frozen for further treatments. Spermatozoids collected using this method are capable of fertilization even if the man previously has undergone vasectomy.

If embryos have been frozen previously, new pregnancy is possible without repeating hormone stimulation.

During a treatment more embryos develop than necessary. Patients of AVA CLINIC have the opportunity to freeze the good quality material and store it for ten years.

In AVA CLINIC we use vitrification as a freezing method. It is a special, extremely rapid way of freezing which prevents formation of ice crystals thus minimizing the risk of embryos being damaged.

Embryos consist of 95% water. During a slow process of freezing microscopic ice crystals form which damage the cells. During rapid freezing water obtains jelly-like consistency, and the negative effect does not occur.

The new method of freezing and storing oocytes gives a unique opportunity for women to postpone having children until a more appropriate period thus creating an “insurance system” for those preferring a careful planning of life.

As we age, the possibility to fall pregnant decreases, but sometimes women begin to think about having children only after reaching the age of thirty.

Now they can use their own oocytes that have been obtained at the ideal reproductive age and frozen.

Age at the time of implantation of embryo does not have play a significant role.

You can ask AVA CLINIC to freeze the oocytes also because of other reasons, including oncological diseases.

Oocytes can be frozen also if during the process of artificial insemination more oocytes were obtained than necessary.

AVA CLINIC is one of the very few clinics in the Baltic region offering vitrification of oocytes.

One of the reasons responsible for pregnancy loss is reaction of woman’s immune system to embryo as a foreign body.

Using this technology embryos for three days are cultivated in a special environment which contains signaling cells that can be found in tissues of woman’s body. Those cells improve communication between mother and child, protect the embryo from stress making it stronger during the process of implantation.

Transferring embryos to the EmbryoGen environment helps to avoid the possible lack of biologically active substances needed for successful pregnancy.

After the embryo has been transferred to the uterine cavity, everything depends on the embryo’s ability to attach itself to the uterus wall. Embryo Glue helps to fulfill this task.

Embryo Glue is a specially developed environment containing hyaluronan, carbohydrates, and amino acids which act as a binding agent at the moment of implantation. Hyaluronan is a natural polymer widely found in human tissues.

Its increased quantity in EmbryoGlue environment improves the ability of embryo to attach itself to the wall of the uterine cavity thus significantly improving the possibility of successful pregnancy.

Acupuncture is used during all stages of artificial insemination:

1. During the stimulation process of ovaries to improve the quantity and quality of the oocytes.

2. To improve the condition of epithelium during preparation for the procedure to transfer embryos to uterine cavity.

3. As a support treatment during preparation for pregnancy.

4. As a method of relaxation.

5. Special acupuncture procedures before and after the embryo transfer.

The main task of the acupuncture procedures is to improve the blood circulation in the tissues of the pelvis, achieve relaxation of the body during embryo transfer to the uterine cavity. 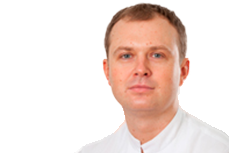 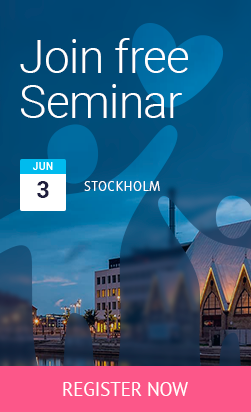 GET IN TOUCH
WITH AVACLINIC

Contact us in order to get quick feedback on how we can help.